Just as many people became police officers because their father was a police officer, many people became Christians because they were raised as one. But most of us became Christians because we needed a miracle. That’s when we learned about all the promises God tucked inside the Bible, but as Pastor Tony Evans said during a sermon that aired on TBN June 9, “God’s promises come at two levels. There are the recorded promises in his word, and then there are the applied promises in our experience. That’s where he takes a principle or precept from the word but applies it to your unique situation. It’s when the holy spirit lifts the print from the Bible and says, ‘This is for you.'” Not surprisingly, however, your promise entails a test, and it’s often a test that doesn’t make sense.

An Example of a Test That Doesn’t Make Sense 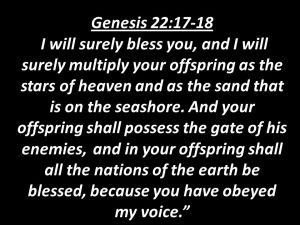 “[The test in Genesis 22] … involves a series of contradictions,” Evans said. “A contradiction is when God says one thing and appears to be doing another. Number one, there was a theological contradiction. You see, God had promised way back in Genesis chapter 12 that he was going to make a great nation out of Abraham, and it would come through the son of Sarah, whose name was Isaac. God had made a promise. But here in Genesis chapter 22, God tells Abraham to kill the promise. Not only is it a theological contradiction, it is also a biblical contradiction ’cause that’s murder. To offer your son on the altar as a burnt offering means to kill him, and that’s murder. But isn’t it you, God, who said, ‘Thou shalt not kill‘? Isn’t it you, God, who in Genesis chapter 9, verse 6, said, ‘If any man kills another man, he shall — by man — be killed …’? Didn’t I hear you say that? Well, if you said that over here, how are you asking me to kill him over here? That’s a contradiction involved in a test.

“And worst of all, it’s a spiritual contradiction because he says, ‘I want you to offer him as a burnt offering,’ which is an act of worship.  … In fact, [Abraham says], ‘I’m going to worship.’ [He’s] worshiping God in a crisis. [And God] says, ‘I want you to sacrifice your son and worship even though I’m calling on you to make the biggest decision of your life.’ Because when God wants to give you an encounter with him, it will be a test. And the test will often involve something that doesn’t make sense.”

How Abraham Responded to the Test

“What is Abe going to do? ‘Cause this is certainly not something he wants to do,” Evans said.

“It says when he was told to do this thing that he didn’t want to do, that didn’t make sense, he got up early.”

Why Abraham Responded to His Test So Obediently

“Did you hear that?” Evans asked. “The reason he got up early is because he had such confidence in God that, even if it didn’t make sense and even if he killed his son, [he believed] God would get him up out of the grave. …

What Happened on Test Day 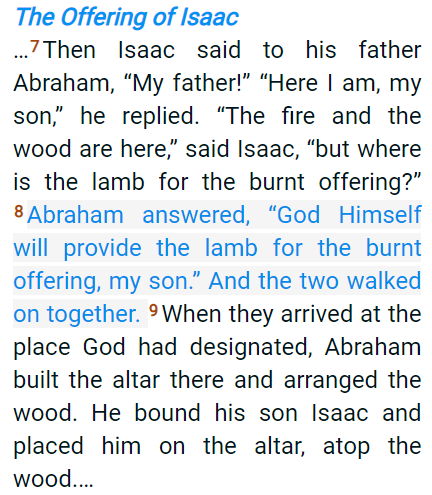 “Can you imagine what he’s thinking and feeling right now?” Evans asked. “‘Cause this doesn’t make sense.” 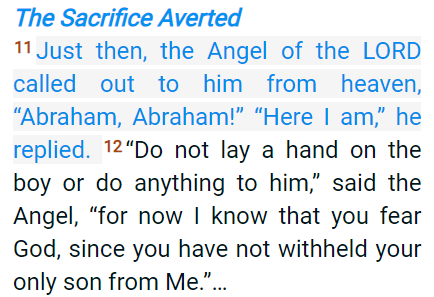 “Now, this is difficult and deep,” Evans said. “‘Now I know that you fear me because you’ve not withheld your son — your only son — from me.’ The problem is those three words: now I know. So now I want to give you a tidbit of theology. The doctrine of omniscience refers to God’s all-knowingness. Omniscient means to know all. There is nothing God does not know. … God knows everything actual. God knows everything potential. But he does not know everything experiential. [For example], he never experienced sin although he knows all about sin. He knows what it is, he knows where it came from, he knows what it does, but he doesn’t know how it feels to do it because he never did it. So he has omniscience about the information but not omniscience of the experience of the data. When God wanted to know what it feels like to be human, guess what he did? He became a man. Hebrews 4 says, ‘so he could sympathize with our infirmity.’ So he could feel it.

“So guess why God put you in a trial that doesn’t make sense? Because he wants to feel your love. He [doesn’t] just want to hear [that you love him]. He doesn’t just want to hear discussions about it. He wants to feel it. And what makes him feel it? When you choose him over something you already love. He says, ‘I know you fear me because you’ve not withheld your son — the only one you’ve got, whom you love, from me.’ When you had to choose between me and him, you chose me. And now I know ’cause now I feel it.”

What Happened When Abraham Passed the Test

“Now, this is the quietest ram in history,” Evans said. “If a ram is caught in a thicket, it’s trying to wiggle, it’s trying to get out of the thicket. [Abraham] does not see the solution until the obedience occurs. Okay? See, a lot of us are looking for the ram when we haven’t finished the obedience. So God is keeping the ram quiet. The solution was already there. It just wasn’t revealed … it’s caught in the thicket.”

“God made a promise to Abraham way back in Genesis chapter 12 … but he doesn’t swear by it until Genesis chapter 22 … Between Genesis 12 and Genesis 22, when he swears by something he said, are dozens of years. It took him 25 years from the time he’s supposed to have Isaac until the time he actually had Isaac, [and] Isaac is a teenager now, so we’ve got decades that have gone by [and] nothing has happened about the promise.

“There are those who feel like God has said something in his word or said something to you years ago, and nothing has happened. That is because you must understand [that] between God’s promise and God’s oath is space. In that space between what he says he’s going to do and when he’s actually going to do it is a time when he’s getting the promise ready for you and he’s getting you ready for the promise.

“Between Genesis 12 and Genesis 22, Abraham made a bunch of mistakes. He almost got his wife hooked up with another man, he had a baby by another woman, I mean, he’s been lying. Over this space of time, Abraham has had some issues. So God was not ready to give Abe the promise because he was not ready to handle it properly.

“So in the space between God’s promise and God’s oath is his preparation. And you have a part to play in how long it lasts, ’cause he says, ‘Now that you’ve obeyed me.'”

The Certainty of God’s Promise Coming to Pass

“Now let me tell you what happens when God takes an oath related to a promise he plans to bring your way even though you don’t know how in the world he’s going to do it ’cause it doesn’t make sense [and] it’s contradictory,” Evans said. “… He says, ‘I swear by myself,’ which means ‘I don’t need anybody outside of me to make it happen.’ In other words, when God is ready to make a promise and oath, there’s nothing left for you to do. All you’ve gotta do is finish the obedience …”

Two Reasons We Still Talk About an Old Testament Promise

First, the story of Abraham is a type. The Christian Courier defines this as, “a real, exalted happening in history [that] was divinely ordained by the omniscient God to be a prophetic picture of the good things which he purposed to bring to fruition in Christ Jesus.”

In other words, Evans said, “a type is something physical in the Old Testament designed to teach us something spiritual in the New Testament. The reason why Abraham’s story is being retold over and over again is God wants us to use something now based on the principle we learned from what happened then. What happened then was God using a test to bring about his promise through an oath.” …

Secondly, Evans said, “[o]ne of the ways we encounter God is when he provides. And sometimes God provides in the most odd ways.  [For example, providing ‘the quietest ram in history’ in the thicket. Also] when Elijah needed a provision, God went to a Gentile widow, who was poor herself, told her to provide for Elijah, and then he would provide for her. When we walk by faith — because Elijah was told to go to this widow — we experience how God can use … unorthodox people [and] unorthodox circumstances to make supernatural provision and use that supernatural provision to also provide for the provider. God has a circle in the way he provides. He does it for us, and then he uses us to do it for others.

“When you have a need, God promises to meet that need. … He is your source, and he can supernaturally bring manna from heaven or bring people from Earth in order to address the need you have in your life. But when God provides, particularly when you’re down to your last dime, particularly when you don’t know how this issue is going to be resolved, it’s because he wants to give you a divine encounter. He wants you to experience his supernatural provision. You know, when you know where it’s coming from, when it’s already in the bank or already in the refrigerator or already in the freezer, then you don’t so much look for a divine encounter because you can predict it. So God, many times, lets us get into situations where we can’t predict it so that he has to resolve it so that we encounter him at a whole new level. So, when a need shows up in your life, look to God. Don’t look to the circumstances, because you often can’t figure out the unfigure-out-able God and how he’s going to provide for your life and your situation.”