The key to this post lies in the introductory clause of my previous post. I started writing this blog four years ago. Four — 4 — yearrrrs ago. I should be done by now, at least with the memoir part. I’ve stopped and restarted for three reasons:

That being said, God gives us gifts and talents, such as writing, for a reason. So, if you were to ask why God allowed me to become homeless last year, I would point to the following excerpt from a Darrell Scott sermon as reason No. 2.

Why God Gives Us Gifts and Talents

Where the Subject of Gifts and Talents Appears in the Bible

The first idea I would like to present to you [is] from the 25th chapter of the book of Matthew … You have three servants. Three average, ordinary, nondescript, non-distinct servants who were summoned by their master – he called them into his presence, he bestowed talents to them. This was a defining moment in their lives. It was a moment that determined … the quality of the rest of their lives. And so, the symbolism of this parable presents the fact that God has given talents to each and every single one of us.

What Is a Talent? 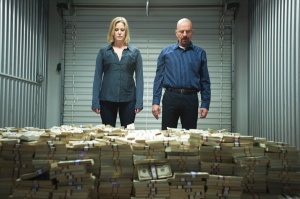 Now, the direct meaning of talent (with regard to this parable) – the direct meaning of it … is money. A very large sum of money. In fact, the talent was the largest or heaviest unit of measurement for weight. So, a talent was equal to about 75 pounds. A person who possessed five talents or 375 pounds of gold was a multimillionaire by today’s standards. One talent of gold by today’s standards is worth approximately $1.4 million. One talent of silver is worth almost $19,000. And so, the point is that the talents that the master distributed to the servant had a very significant amount of value to them. They were not cheap. They were not worthless. He gave them something that had value. … God gave you something when he created you that had value, or has value.

Likewise, it goes on to say the one who had a lesser amount – two talents – immediately, as soon as they got it, without delay, they engaged and employed what they had in business.

Why the Servants Were Given Different Amounts of Talents

Another thing that stands out in this parable – notice this: the servants were all given different amounts. Each was given an amount to suit their ability. … The amplified version says he gave them talents according to their personal ability. The Bible says, “He knows how much we can bear.” … They were given talents, they were given amounts to suit their individual personal abilities and capabilities. Now what does this mean? It means they were not commanded, they were not demanded, they were not required to do anything that they were unable to do. He gave them talents based on their abilities. He wasn’t asking them to do something that they were incapable of doing. But he only required them to do what they were able to do. 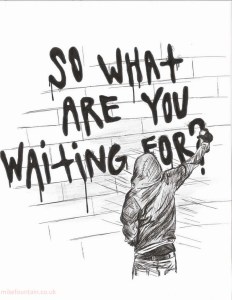 2 thoughts on “The Second Reason God Allowed Me to Become Homeless: I Stopped Using My Gifts and Talents (Part One)”