The Bible says, “Without faith, it is impossible to please God,” but God will test your faith, and he doesn’t play fair. For example:

I have to admit: my faith wavered. So:

I called three helpline numbers on a brochure that a woman from my church brought to my workplace last Thursday, knowing I was being evicted. None of them worked.

I tried to apply for a grant that my employer offers from my phone. The site transferred me to a page that said, “Mobile applications won’t be accepted.”

I then tried to apply for the grant from my laptop and discovered the hotel’s Wi-Fi is down.

This morning, Radio 1000 re-aired the following Darrell Scott sermon about faith that I originally heard July Fourth. The station doesn’t typically replay his messages from past weeks. If you’re a Christian, you know everything happens for a reason. So, in case you need a little more faith of your own, here’s the transcript.

Hebrews chapter 11 is one of the most notable chapters in the Word of God, and it’s often referred to as the Faith Hall of Fame. I like to call it the Hall of Faith. … It’s where we derive our definition of faith as the substance of things hoped for, the evidence of things [unseen]. And it references a number of biblical characters who became outstanding because of their faith in God. The chapter begins by referencing Abel as a man of faith. … And then it talks about Enoch, then Noah, then Abraham, and then Sarah. Abel’s faith is depicted by his sacrifice. He offered up to God, the Bible says, a more excellent sacrifice. He offered a sacrifice that symbolized or typified the coming redeemer — the blood of a lamb.

Enoch’s sacrifice was depicted by his walk with God. …

Then you have Noah, [whose] faith was depicted by his obedience to God. …

[The same holds true for Sarah] …

What gives [these biblical characters] significance is the fact that nothing could deprive them of their confidence in the promises and the purpose and the power of God.

The thing you have to understand is the fact that their promises were distant, they were afar off, their promises were futuristic as it were. A number of them were unfulfilled in their own lifetime, but in spite of their deferred fulfillment, and seemingly apparent denial, they died in faith and in victorious hope. …

How many of you know the most outstanding feature of vision is the ability to see from afar off?

How many of you can see from afar off?

Is there anybody here this morning — you have a vision of something that’s in the future right now — it’s afar off right now.

You have a vision of success.

You have a vision of victory.

You have a vision of accomplishment, attainment, and achievement.

You have a vision of increase and health and wealth.

You’ve seen it, you have a vision of it, you’re prepared to receive it, you’re persuaded of it even though right now, it seems to be afar off. …

And how many of you will admit that you can sense some things in your spirit, but at the same time you perceive that their reception is in the timing of God and not in the parameters of time? [Y]ou have to understand that God is unconcerned with regard to time. God is unconcerned when it comes to matters of time, and God does not work in respect to time. God works in respect to timing, which is why he didn’t send Jesus immediately after Adam’s fall in the garden.

The Bible says the fullness of time came when timing connected — or time coincided — with timing. When time intersected with timing, he sent forth his son. …

So each of these futurists, they looked into the future with eyes of faith — optimistic eyes. Hopeful eyes of faith. The lord showed them a glimpse of the promise. So they did not endeavor to satisfy themselves with short-term solutions that would prevent their long-term fulfillment. They did not sacrifice quick gratification in order to have or obtain greater satisfaction. So they did not act out of frustration or desperation in order to receive temporary gratification. They held on and they held out by faith because they believed God would reward not only their faith but God would also reward their faithfulness.

There are [people] in the church today who have faith, but they are not faithful. They believe God in their spirit, but their soul can’t wait for God. … The soul is more connected to the flesh than the flesh is to the spirit. The flesh is self-will, self-gratification. The flesh represents self-empowerment. So oftentimes the spirit is willing to obey God, oftentimes the spirit is willing to wait on God, but the flesh is too weak because it’s self-empowered. It’s driven, it’s motivated, it’s stimulated by its appetite and desires and passions of its soul. So that’s how you can believe God, but you still fall into fornication because your spirit is willing to be celibate, but your appetites, desires, and passions make your flesh too weak to resist.

And how many of you know that there are always those who want to put their timetable on your promise? There are always those who desire to dictate how and when and where God should perform in your life. They want to tell you how God should bless you, they want to talk about when and how God should do a work in your life. And they want to pass their faithlessness on to you. And then they’ll cause you to respond like those Hebrew boys did in the book of Daniel. … They said, we just want to let you know: our God, whom we serve, is able to deliver us [from the fiery furnace]. He’s able to bless us. He’s able to protect us. He’s able to provide for us. And he will.

How many of you know that not only is he able to bless us, he’s also willing to bless us.

[Those Hebrew boys] said, oh, King, let me let you know something: our God, whom we serve, is able to deliver us, and he will.

And what Jesus was saying was: I will not seek a painless process.

I will not look for an escape route.

I will not give up.

I will not turn around.

I will not go back.

I’m going to believe God no matter how it turns out.

Look at somebody and say:

I’m gonna believe God no matter how it turns out.

I’m gonna believe God no matter what people do.

The severity of my situation and the complexity of my circumstance will not cause me to give up on God.

I’m gonna believe God whether I get the money or not.

I’m gonna believe God whether I get the promotion or not.

I’m gonna believe God whether I get the house.

Whether I get the car.

Whether I get the man.

Whether I get the woman.

Whether I get the position.

Whether I get the contract.

I’m gonna believe God whether I get it.or.not.

[Hebrews 11] says, “These all died in faith, not having received the promise but having seen them from afar off and being persuaded of them and …” and the context is, the connotation is that they died not having received all of the promise. In other words, they did not receive everything that they were believing for. They did not accomplish everything they wanted to accomplish. They did not fulfill all of their desires, but they still held on. They received some but not all. Because the truth of the matter is, God had a blessing for them that they did not have room enough to receive at that time. But in spite of everything, they never lost their vision, and they never lost hope. However long their road was, they never stopped walking it, and they never turned back.

So their journey in faith was an unknown journey that was revealed to them step by step, stage by stage. Their faith steps combined to become faith stages of their life. So, their way forward was unknown to them. They were just out here believing God. 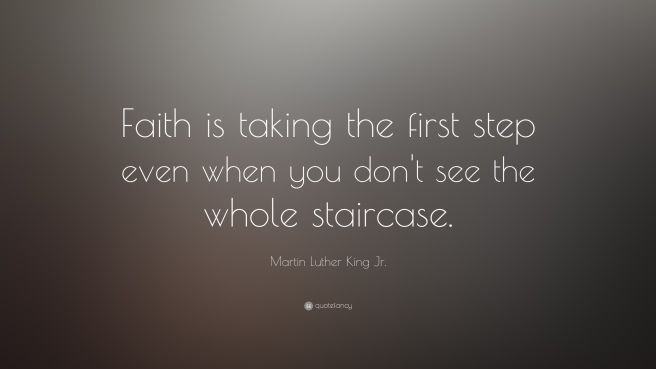 So, their way forward was unknown. It was only illuminated to them step by step.

The way back was known.

The way forward was unknown.

Can I talk about myself? I’ve been through a lot of twists and turns and ups and downs in my 36+ years of salvation, [but] the one thing that never crossed my mind was turning around and going back. That’s one decision I never even contemplated. Go back to what? That’s why when Jesus told the disciples, “Y’all can walk, too,” Peter said, “Where [are] we gonna go? What [are] we gonna do? After dealing with you, after having a relationship with you, lord, turn around and go back to what? There ain’t nothing to turn around and go back to.”

They never had any mind or intention of turning around and going back. And they never returned to what they came out of. Once they started out, it never struck them, it never crossed Abraham’s mind to go back to Ur of the Chaldees. …

In flying, there is a point of no return. … When the airplane reaches the point of no return, it can’t go back because its fuel is at the level that there’s nothing left to do but keep going forward because they don’t have the fuel to go back.

Look at somebody and say, “I don’t have any other options but to keep believing God.” 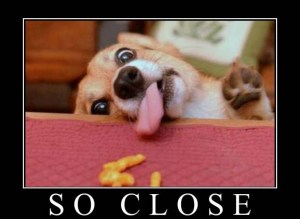 The boiling point of water is 212 degrees. And there are a number of people — if you turn the water off at the 211th degree, you will not get a manifestation. And there were some people who were right there, right on the brink, right on the edge, right about to enter in, and something came up that made them give up on their faith.

2 thoughts on “Without Faith, It Is Impossible to Please God, but What Do You Do When He Gives You More Tests Instead of the Promise He Made You?”